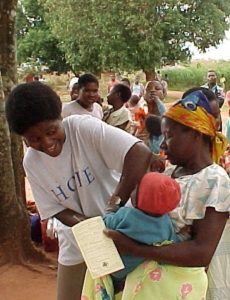 Globally, immunization coverage of children under one year of age with three doses of vaccine against diphtheria, tetanus and pertussis (DTP3) has risen from less than five percent at the inception of the Expanded Program on Immunization in 1974 to 85% in 2010. In Africa, the past ten years have shown steady progress for routine immunization, with DTP3 increasing from 55% in 2000 to 77% in 2010.  Currently, it is estimated that vaccines prevent two to three million deaths among the world’s children each year.  With new vaccines against pneumonia and diarrheal disease now available and rapidly being introduced in many African countries, vaccines now have the potential to prevent 17% of childhood mortality.

Despite this success, major challenges remain.  An estimated 19 million children went unvaccinated in 2010 and 1.5 children still die of vaccine-preventable diseases each year.  No single strategy will address all the problems.  A combination of approaches is needed that responds to local context and circumstances.

“Experts estimate that more than 20 million children’s lives have been saved through routine immunization over the past 20 years.”

The Africa Routine Immunization System Essentials (ARISE) project ended in October 2012, but was created to assemble and expand the evidence base about what drives strong routine immunization (RI) system performance in Africa. 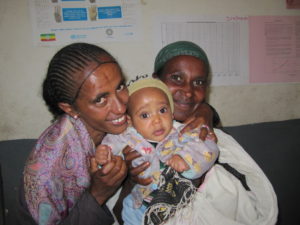 In contrast with the typical approach of assessing programs by focusing on deficiencies and obstacles, ARISE has employed an assets-based approach to identify factors contributing to RI coverage improvements and to learn how and why they worked within their context.  Through in-depth studies in three countries representing a range of geographic, economic, and linguistic situations but similar levels of good RI coverage, ARISE has asked:  “Why does RI performance in some districts steadily increase while remaining unchanged in other districts? What drives improvements in the districts showing positive change?”  ARISE has also examined how well-performing districts can take their coverage to very high levels of 90% of more.